The Results for America’s Blueprint for Delivering Results in State Government is designed to provide state government leaders with the information they need to incorporate evidence and data into their state’s most critical budget, policy, and management decisions. The Blueprint is based on the idea that evidence and data can be key tools in helping governments deliver equitable outcomes for residents in states across the country.

Taken together, the State Standard of Excellence and Blueprint provide state governments with a set of comprehensive resources to: 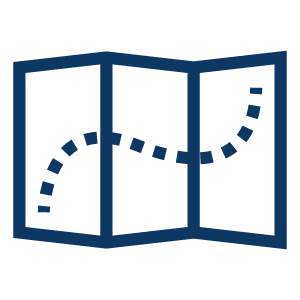 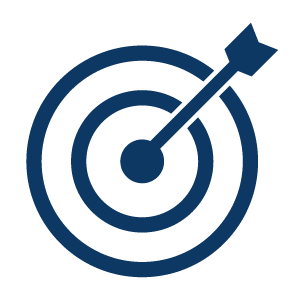 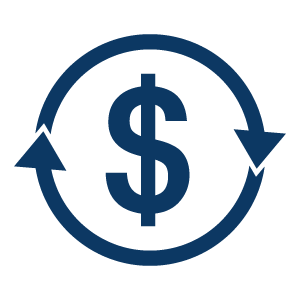 This Blueprint serves as an implementation guide with specific strategies and actions aligned with the Results for America Invest in What Works State Standard of Excellence criteria. 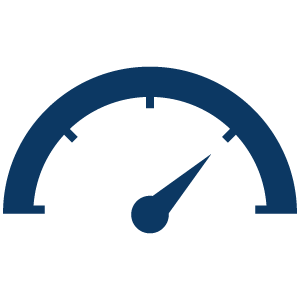 Managing for Results Managing performance starts with understanding how the governor’s administration defines success and builds the overarching... 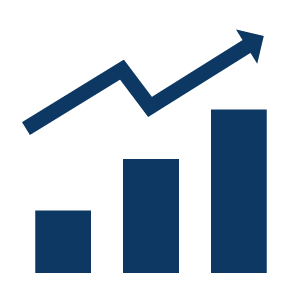 Leveraging Data The key to improving performance in government is to leverage data to inform goals, measure... 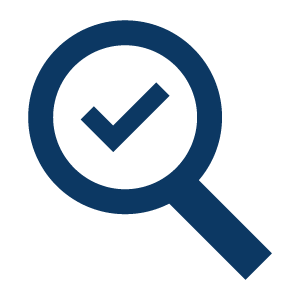 Building and Using Evidence Data is a key tool for performance management but it can also play a valuable... 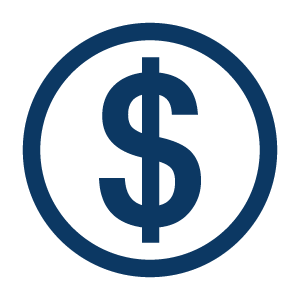 Investing for Results Government spending is policy in action. Incorporating evidence and data into these spending decisions is...

12. Use of evidence in grant programs

Where the Rubber Meets the Road:
Investing for Results Matters

Of special note, Investing for Results is the most important Blueprint Theme for state government leaders. Spending is where the “rubber meets the road” – the point at which governments allocate public resources to deliver services and programs. Using the Strategies in this Blueprint will help state leaders shift away from making spending decisions based on assumptions and towards spending resources on activities that have (or are building) evidence of effectiveness. As illustrated in the Colorado example below, shifting resources is a difficult, but necessary, step to achieve the best possible results both in government and for customers. 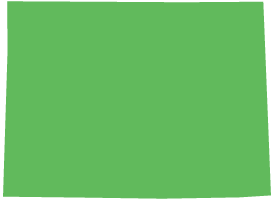 For over a decade, Colorado’s state government has been a leader in using data and evidence to improve its results (including being recognized as a Leading State in the 2019 State Standard of Excellence). During this time, the state implemented many of the Blueprint Strategies, illustrating how evidence-based policymaking can improve results in the area of economic opportunity. 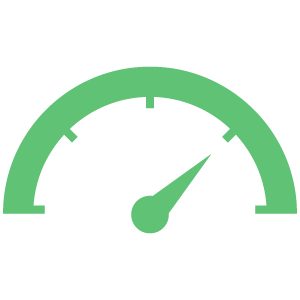 Colorado launched a public dashboard in 2016, with customer-oriented metrics that cascaded down to agency operations through departmental strategic plans. Leveraging both lead and lag metrics, the state reviewed its performance quarterly at the cabinet level, which informed cross-department collaboration on major initiatives. This effort was launched by the state’s first Chief Performance Officer, appointed in 2015, and expanded that same year when the new Lieutenant Governor assumed the role of Chief Operating Officer with operational responsibility for a state government budget of more than $30 billion and a 30,000 person workforce. Over three years, the state improved on 85% of its metrics and hit the target on 55%. For example, as noted in the Governor’s November 2018 budget request, the state expanded broadband connectivity for school districts from 74% in 2015 to 98% in 2018, lowered the healthcare uninsured rate from 14% in 2013 to 6.5% in 2017, and cut or modified half of the state’s 24,500 regulations, delivering more than $7.9 million in cost avoidance and 2.3 million in hours saved for Colorado businesses in 2017. Given the success of these efforts, the public dashboard was maintained across a change in Administration in 2019. The state also established process improvement resources and teams that led to the completion of nearly 900 projects over seven years, touching every state agency. These efforts combined to promote a statewide culture of delivering results for the customer. 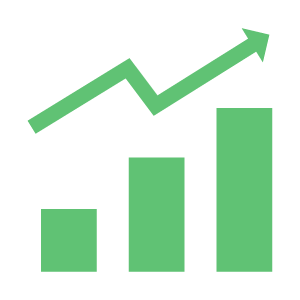 In 2009, Colorado hired the country’s first state government Chief Data Officer (CDO) to create an enterprise-wide vision for data usage in support of service delivery. The CDO chaired the statewide Government Data Advisory Board that created a statewide data integration service, which allowed for interoperability of data assets among state entities. The state also established a training academy in 2013 to support staff in using data-driven methods to improve outcomes across all agencies. More than 500 state leaders completed the training, which included topics on using metrics and data-based methods to deliver results; the training regularly received a 50%+ net promoter score. 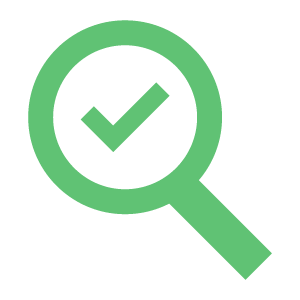 In 2017, the state created the Colorado Evaluation and Action Lab as a strategic research partner for government agencies and a bridge to the research community. In one of many efforts, the Colorado Evaluation and Action Lab and the Governor’s Office co-designed the Linked Information Network of Colorado (LINC) to facilitate data sharing for research and analysis purposes to drive improvement in state policies and programs. During this period, the Governor’s Office of State Planning and Budgeting increased the use of data and evidence in budget decisions by requiring agencies to include the following in their budget requests: evidence of program effectiveness, alignment with the Governor’s dashboard metrics, and if they had been the focus of a process improvement project. The Governor’s Office of State Planning and Budgeting has partnered with state agencies, academic and philanthropic organizations, and the state legislature’s Joint Budget Committee in an Evidence-Based Policy Collaborative to “use the best available research and information to help guide and inform policy and budget decisions” for the state’s budget of more than $30 billion. 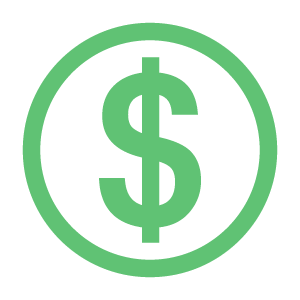 Colorado also took a number of actions to prioritize funding programs and initiatives that delivered results. In 2014, the state partnered with the Pew Results First Initiative to leverage a cost-benefit model to assess programs in the areas of adult criminal justice, juvenile justice, and child welfare. This cost-benefit analysis identified 24 programs with positive returns on investment as well as nine programs with more costs than benefits. (These nine programs were reassessed so they could be improved.) Building on these efforts, in 2018, the Governor’s Office and the legislature passed legislation to create three child welfare Pay for Success initiatives. Funded with $6 million, these projects aimed to return $15 million in savings to taxpayers and society.

Pulling it All Together

State policymakers believe that to prepare all students for a rapidly changing world, they must continue to make stronger connections across the traditional silos of K-12 education, higher education, and employment. Concurrent Enrollment programs allow students to do just this by earning college-level credit while in high school. Motivated by the strong evidence of the success of these programs, the state rapidly expanded Concurrent Enrollment opportunities. Nearly 46,000 students participated in these programs in 2018, up 10% from the previous year, representing nearly one-third of all juniors and seniors who attend public high schools in Colorado.

The effort to promote and grow Concurrent Enrollment in Colorado is a comprehensive example of the state’s use of the Blueprint’s Strategies to deliver results. Governor Polis is managing for results by supporting the statewide target set by the state’s Commission on Higher Education of 66% postsecondary credential attainment among adults ages 25 to 34 by 2025. Governor Polis included this statewide target on his Governor’s Dashboard, with Concurrent Enrollment as a key strategy to get there, with its own specific target metrics.

Recognizing the need to leverage data to make the case for the expansion of Concurrent Enrollment, the Colorado Department of Higher Education worked with the Colorado Department of Education to combine data (in a way that preserved student privacy) so that the effectiveness of the program could be measured. Agency leadership, as well as staff focused on data management and evaluation within them, enabled the agencies to bring expertise in research and evidence-based methods.

The Colorado Evaluation and Action Lab was enlisted to help build and use the evidence needed to understand if the program was working. A causal study was conducted, which followed five cohorts of 11th grade students who attended a state secondary school from the 2009-2010 school year through the 2015-2016 school year. The results were encouraging. The study found that, even with special attention to low-income and minority family outcomes, the probability of enrolling in college within one year of expected high school graduation was 77% for students who participated in Concurrent Enrollment, versus 52% for those who did not; the probability of persisting into a second year of college was 82% versus 77%, respectively. In 2020, the Colorado Evaluation and Action Lab is using rigorous methods to evaluate if Concurrent Enrollment improves time-to-degree and wages for participants.

Governor Polis then invested in results by citing the evidence of Concurrent Enrollment’s effectiveness as a key reason to scale the program further through “smart policy tweaks and investments this year and in the years to come.” This led to a direct request for a $500,000 increase in funding for Concurrent Enrollment programs for the FY 2020-21 budget cycle, meant to accelerate the governor’s goal of improving the affordability of a postsecondary credential.

The Blueprint contains Strategies – and specific accompanying Actions – that provide a practical way for state governments to more effectively achieve results by increasing their evidence and data capacity. However, it is worth noting that this capacity building is an iterative process and that each state’s process will not necessarily be linear. As such, to help state leaders identify the necessary resources for each Action, the Blueprint denotes which of the following common levers is associated with the implementation of the Action: 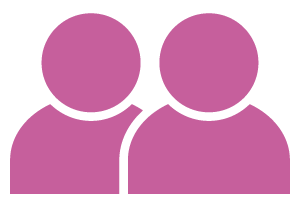 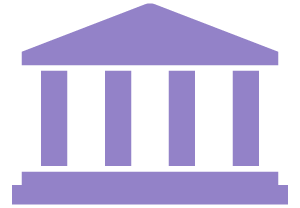 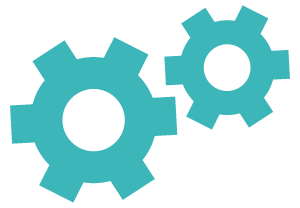 Appropriate systems, structures, and tools allow state government employees to fully carry out their responsibilities. Infrastructure can be key for increasing and sustaining evidence-based policy capacity through means such as data systems, governance structures, and evaluation tools.

The Blueprint was developed with the assistance of senior staff from a bipartisan group of governors offices as part of the What Works Bootcamps training series hosted by Results for America and the National Governors Association to help advance evidence-based policymaking in state governments. Through a series of in-depth, facilitated learning sessions in 2019 and 2020, senior staff from more than a dozen governors offices contributed their expertise to developing this Blueprint. As such, this Blueprint is a practical guide that reflects the collective experience of many of the country’s most effective state government leaders.

Please contact Results for America (info@results4america.org) for additional information about the Strategies and Actions contained in this Blueprint or for assistance with implementing these strategies in your state.